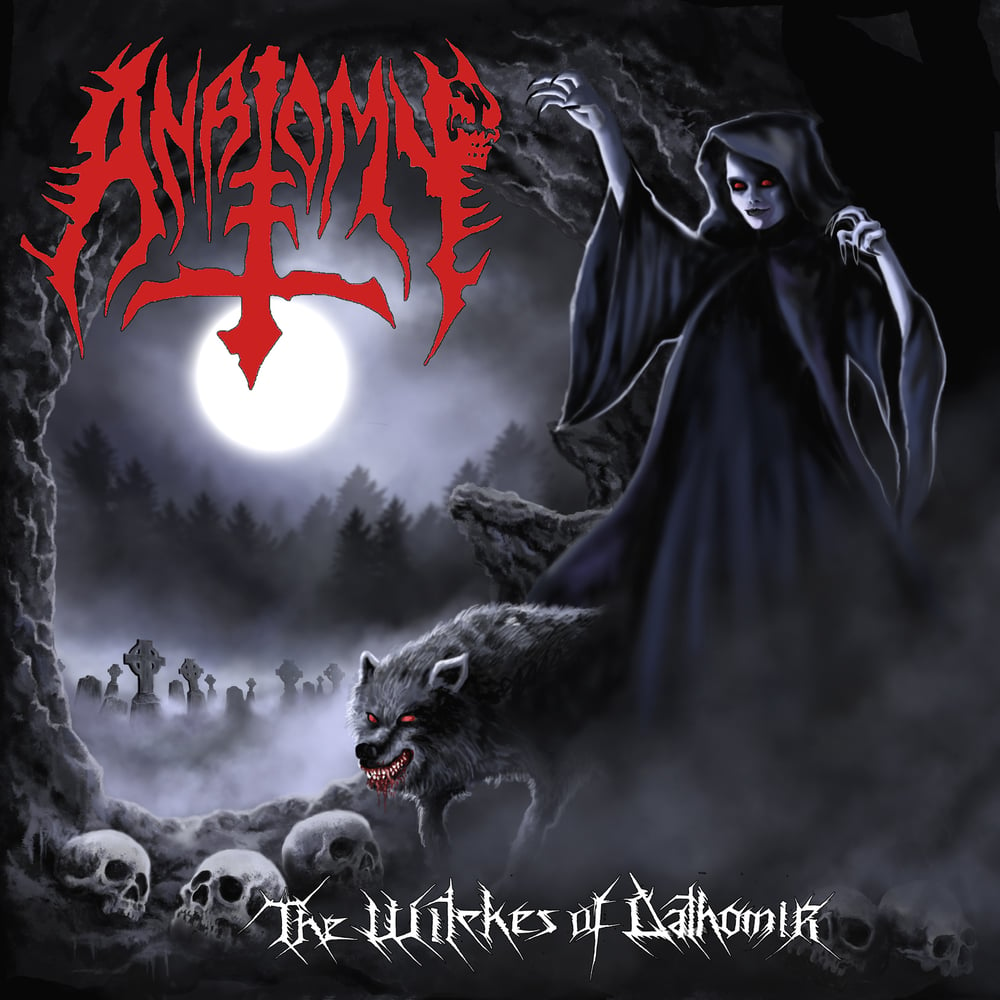 ANATOMY - THE WITCHES OF DATHOMIR CD 2016 RE- ISSUE

The 10-track album includes a cover of "The Exorcist" by Bay Area Death Metal band POSSESSED.

The re-release also includes the tracks from the split with Long Voyage Back (recorded in 1998) as bonus material, remastered for the release by Goatsound in 2015.