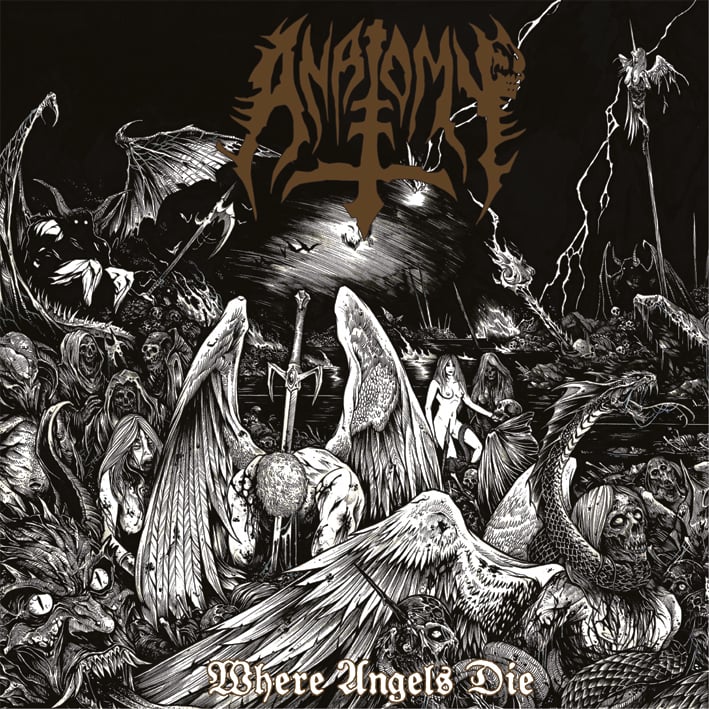 “Where Angels Die” has a rocky history, alike the band ANATOMY themselves. The album was recorded in 1995, though shelved by Modern Invasion music for over two years, before it was finally released in 1997. The delay left ANATOMY pondering their future as they watched the Black and Death Metal genres prosper while they waited on the sidelines. Looking back, the band say they find it is hard to decipher whether it was deliberate sabotage or just unprofessional behaviour on the part of the label – that nearly destroyed the band.

Now, over two decades later the album has been fully repacked with new artwork via Sebastian Mazuera, completely remastered by Jason Fuller @ Goatsound and includes three bonus tracks “Under the Wings” (studio demo 1994) and “The Call for Doom” and “Armageddoom” remixed and remastered by Adam Calaitzis of Toyland Studios from the original reels and the inputs.

For fans of the original True Australian Black Death Metal Underground and for those who don’t side with politics of the weak sheep of left and right.

Malkuth, Father of Thought. The Word is called “Chaos”